You Have a Choice! 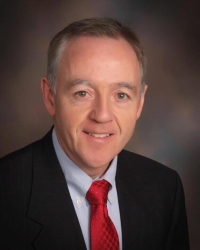 When this race began in the spring, many voters had never heard of me.  I’ve never held an elected office; my life experience has been raising my family, serving my country, teaching kids, and paying my bills. But I’ve also been paying attention to what goes on in Columbus.  What I see is that there are many representatives in the  Ohio General Assembly who seem to be most interested in taking care of special interests, raising campaign contributions, and furthering their own political careers. I am running for State Representative because I feel that we need a representative who will support our public schools, local governments, seniors, and middle-class families.

Our legislators and our current representative have continued to advance an agenda that benefits the well-connected and the wealthy at the expense of workers, seniors, and the middle class. For example, in the most recent budget, we saw the elimination of the Homestead Exemption for many of our seniors, massive cuts to our schools and local government funds, and an increase in the sales tax.  Meanwhile, Ohio’s economy continues to stall, as we led the nation in jobs lost in July. It’s time for a change.

As soon as the snow melted, we began canvassing and making calls in the district. By Election Day, we will have knocked on over 10,000 doors and made over 20,000 phone calls to voters in the district. Our message has been well-received at the doors, and I believe that voters in our district are ready for a new direction. I am excited about the opportunity to bring a fresh perspective and the voice of workers, homeowners, and middle-class families to Columbus.