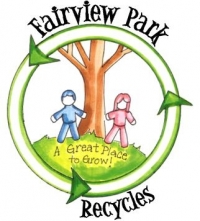 In 2011, Fairview Park Mayor Eileen Ann Patton had a vision. She wanted to assemble a group of residents who would encourage the community to “go green” and become more environmentally friendly. On July 27, 2011, in response to her public call for action, that vision — the Fairview Park Green Team — became a reality.

The Green Team is comprised of about a dozen Fairview Park residents, many of whom have been members since the group’s inception. Members bring to the table unique knowledge and skill sets in pursuit of one shared passion: the idea of Fairview Park becoming a greener, more sustainable community.

Now in its third year, the Green Team is more active than ever. The year 2013 saw execution of the first annual Freshen Up Fairview Park event, a community cleanup day designed to stimulate volunteerism and neighborly collaboration. In 2013, the Green Team also hosted a seminar on affordable, home-based organic lawn care programs; collected political yard signs and used holiday lights, two recyclable items typically thrown in the trash; and participated in the community’s Summerfest and Winterfest celebrations.

The Green Team is continually seeking opportunities to interact with and encourage the Fairview Park community. Freshen Up Fairview Park 2014 is scheduled for Saturday, April 26. The Green Team will also host one of the Cuyahoga County Solid Waste District’s annual composting how-to seminars in 2014. The seminar will be at the Gemini Center on April 9 at 6:30 p.m.

Mayor Patton recently announced a third exciting recycling opportunity for residents this year: the city’s first-ever clutter buster event on Saturday, May 10 from 9 a.m. to 12 p.m. behind Fairview Park City Hall. Fairview Park’s annual spring shredding event has expanded to become a spring-cleaning resource for residents. Residents will be able to recycle documents, clothing and textiles, and household and construction items – reusable or not. Visit www.fairviewpark.org for more information.

The Green Team is always seeking new members. If interested, consider attending a meeting. Meetings are held on the third Wednesday of each month at 7 p.m. at City Hall.

Matthew Hrubey is Development Administrator with the City of Fairview Park. As part of those duties, he serves as Mayor Eileen Patton’s liaison to the Fairview Park Green Team.